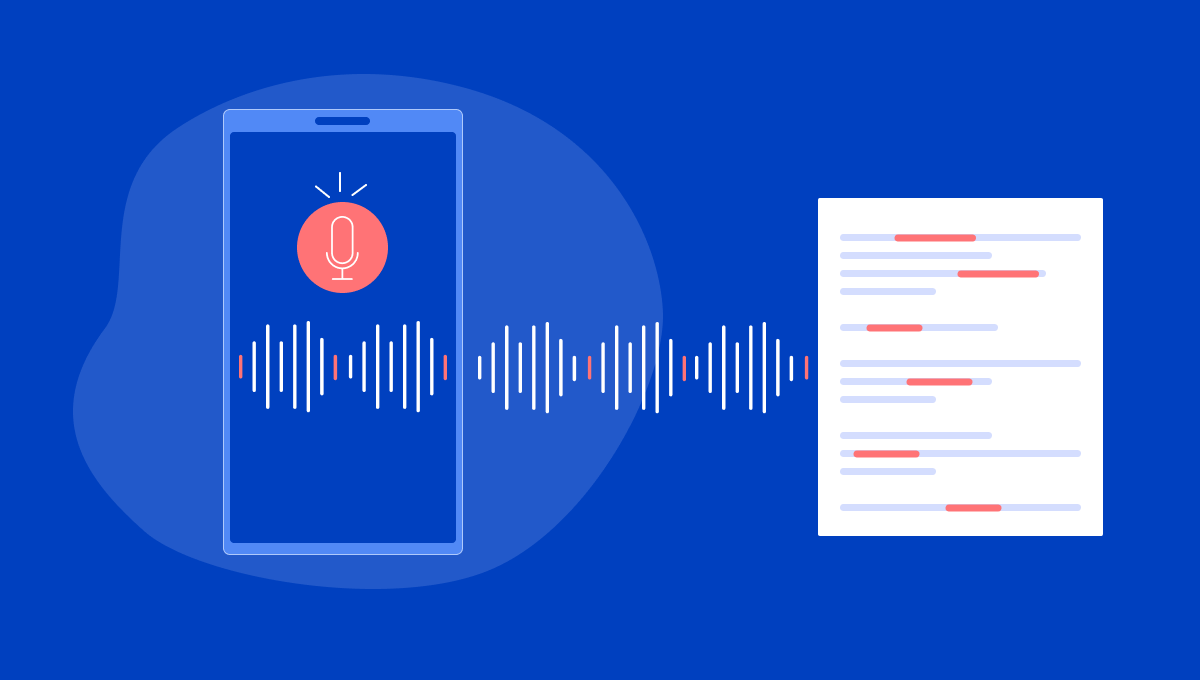 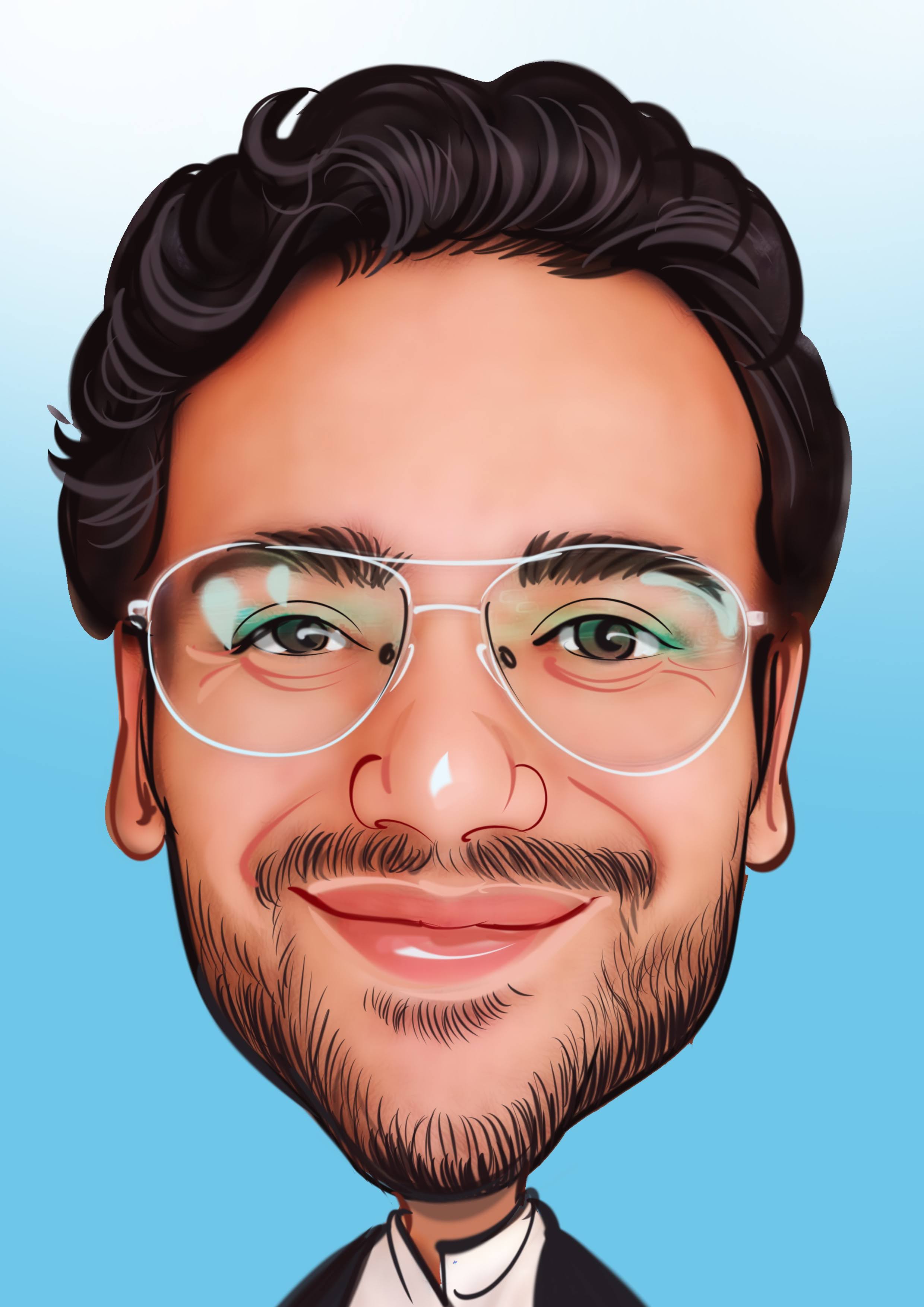 Remember when automatic captions on YouTube made us all go wow?

Well, not so much at first. They were hilariously bad, but they’ve gotten much better in the last few years. So has speech-to-text technology, in general, which is why automatic speech recognition (ASR) is everywhere now.

Live captions on YouTube. Voice typing and dictation apps on smartphones. Virtual assistants — Siri, Google Assistant, Alexa... Cortana, too. Automatic captions on video calls via Zoom, Google Meet or Microsoft Teams. All good stuff that’s getting better every day. But wow? Again, not really. We’ve raised our bar for “wow” and none of them are always accurate.

Seriously, asking Siri for Max Cooper (a musician) got me Madhapur, Hyderabad (a location). So, either Siri doesn’t get my accent or I talk really fast. :)

Hint: Try it yourself. Try talking to Siri with an Indian accent (or just really fast) and let me know how it goes.

‍Automatic Speech Recognition is good, but it’s not perfect. Not yet.‍

You can guess a few reasons for transcription errors. Accents. Rate of speech. Acronyms. There’s more, but we’ll need to zoom back a bit to understand how we measure ASR accuracy.

Be it by humans or by a machine, one common metric to measure speech-to-text accuracy is the Word Error Rate (WER). It’s not the only one, but it’s the one everyone talks about.

What is Word Error Rate (WER)?

Put simply, WER is the ratio of errors in a transcript to the total words spoken. A lower WER in speech-to-text means better accuracy in recognizing speech. For example, a 20% WER means the transcript is 80% accurate.

Out in the real world, both the WER formula and its applicability are a little more nuanced.

Our friends at Rev.ai have a great explainer on this, but here’s the gist:

As for applicability, WER is not the one-ring-to-rule-them-all measure of ASR accuracy.

Yet WER continues to be a good barometer to compare different ASR systems or evaluate improvements within one system. It’s also easy to understand, right?

There’s a whole host of reasons, but here are 5 common variables that cause transcription errors and affect WER in modern ASR systems.

1. Accents and variations in rate of speech

Everyone has an accent, even native English speakers. We speak differently, you and I. At different speeds, too. Think a New York City accent vs a Southern drawl. Or British, Scottish, Irish, Indian, Australian accents... it’s a beautiful mess, right?

Yet a little exposure and a little effort is all it takes for humans to understand minor variations in speech, pronunciation and rate of speech. So we know what sounds like “lemme” means “let me” or that “caw-fee” means “coffee.” We understand when someone with a distinctive Cockney accent says “it’s a good die,” they mean “it’s a good day.” Which is kinda fun when you change accents mid-way and say, “It’s a good die! Lemme grab some caw-fee.”

Not so much fun for ASR systems though, not without contextual training or a custom Natural Language Understanding (NLU) engine for a specific accent. Most ASR systems aren’t trained on every accent under the sun, so they have high WER due to varying accents and rates of speech in conversations.

I know it’s a tongue-twister, they all sound like the same thing and I get them mixed up too. So I looked it up and here’s what Merriam-Webster says, “Homophones are words that sound the same but are different in meaning or spelling. Homographs are spelled the same, but differ in meaning or pronunciation. Homonyms can be either or even both.”

Here are some examples:

The tricky part is that they sound like they mean the same thing, so I’m going with homonyms.

Puns aside, identifying and understanding homonyms requires context, which is easy for humans. Again, not so for ASR systems and there will be substitutions, so a higher error rate.

We speak over each other more often than we think. Yes, some apologize immediately and pause to let the other speaker say what’s on their mind, but crosstalk is not just that. It’s almost unavoidable in day-to-day conversations, especially when it’s not face-to-face.

Think back to the last time someone said something you agreed with and you nodded along while they were saying it. Now think about how we do this on a phone call.

We say “okay” or “yes” or “right” or “I agree,” but we often say it at the tail-end of the other speaker’s statement. Sometimes, we wait for them to complete the sentence. Sometimes, we nod verbally before they’re finished. And the speaker carries on.

Meanwhile, the third human on the call is following along just fine. They know who to listen to, which voice to prioritize and what’s going on.

Not ASR systems. They are smart, but not human. Not yet. ;) Depending on how an ASR system is trained and configured, it may handle crosstalk by prioritizing one speaker and omitting the other speaker’s words. Which, of course, increases the Word Error Rate.

Working from home or an open office, we know to step into a quiet space for business conversations. We need a high-speed internet connection — for all those Zoom meetings. This ensures our collaborators can hear us, but it’s not always possible, is it?

Plus, many of us don’t actually work from home, so there are more background noise factors. And it impacts audio quality, making it hard for the people on the other end to know what we’re saying.

“Sorry, could you repeat that line?” ASR systems can’t say this, but they try their best to transcribe what was said anyway — with errors.

It makes sense if you know. If not, you might go, “Is this English?”

That right there is why human transcriptionists are often subject matter experts in their field. It’s simply impossible to know every acronym and industry-specific jargon used day-to-day. We “get” some of them and ignore the rest.

The same goes for ASR systems. They don’t know what’s cool right now. Usually trained on datasets of good old English, they struggle to parse and/or make sense of sentences like the ones above. So, like humans often do with “misheard lyrics,” the output is wildly different from what the input.

But how accurate are modern ASR systems?

Despite these challenges (and a few more I ran out of room to talk about), like I mentioned earlier, ASR systems have improved exponentially over the last few years. Yeah, live captions on YouTube are still hit or miss due to the sheer variety of content up there, but speech recognition systems are way better than they used to be.

Another paper by a group of researchers on PubMed Central benchmarked popular Automatic Speech Recognition systems on various accuracy metrics. Across 3 different speakers, Google’s WER was 20.63% compared to 38.1% for IBM.

In our own speech-to-text accuracy testing, we found Amazon’s ASR had a WER of 22.05% with Google’s Speech-to-Text API performing just a little bit better at 21.49%. Wingman (using a combo of multiple third-party Automatic Speech Recognition systems and our own purpose-built Natural Language Processing algorithms) was the most accurate with a 14.75% WER.

Yay! All that work on fine-tuning Wingman seems to have paid off, with > 85% transcription accuracy.

This wasn’t too technical or jargon-heavy, was it? But if you like technical stuff — keep an eye out for our new Engineering blog. Cheers! 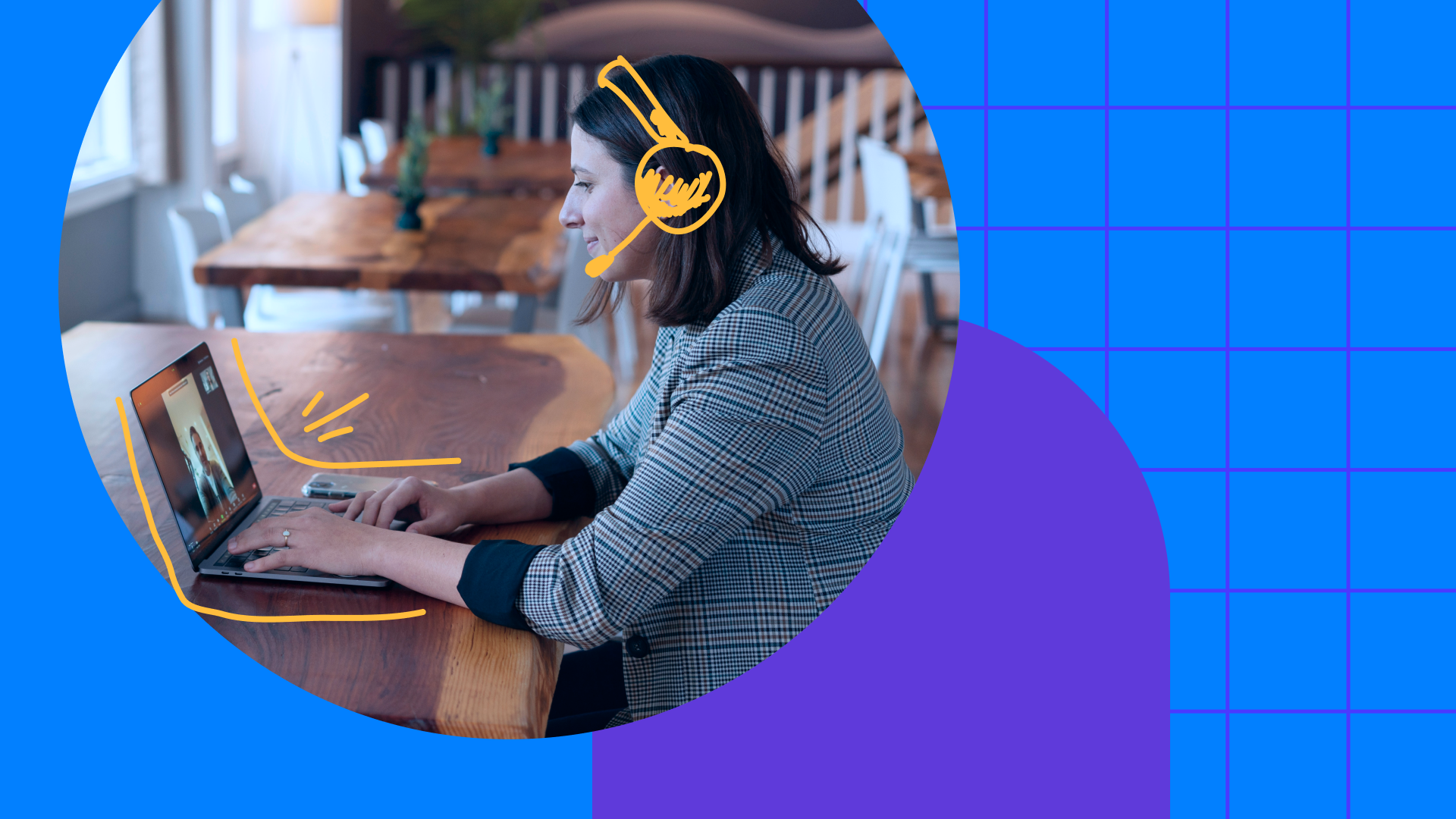 Wingman IRL: How Our Customers Onboard Reps 50 percent Faster

Read how our customers are onboarding reps faster with the help of game tapes and call reviews. 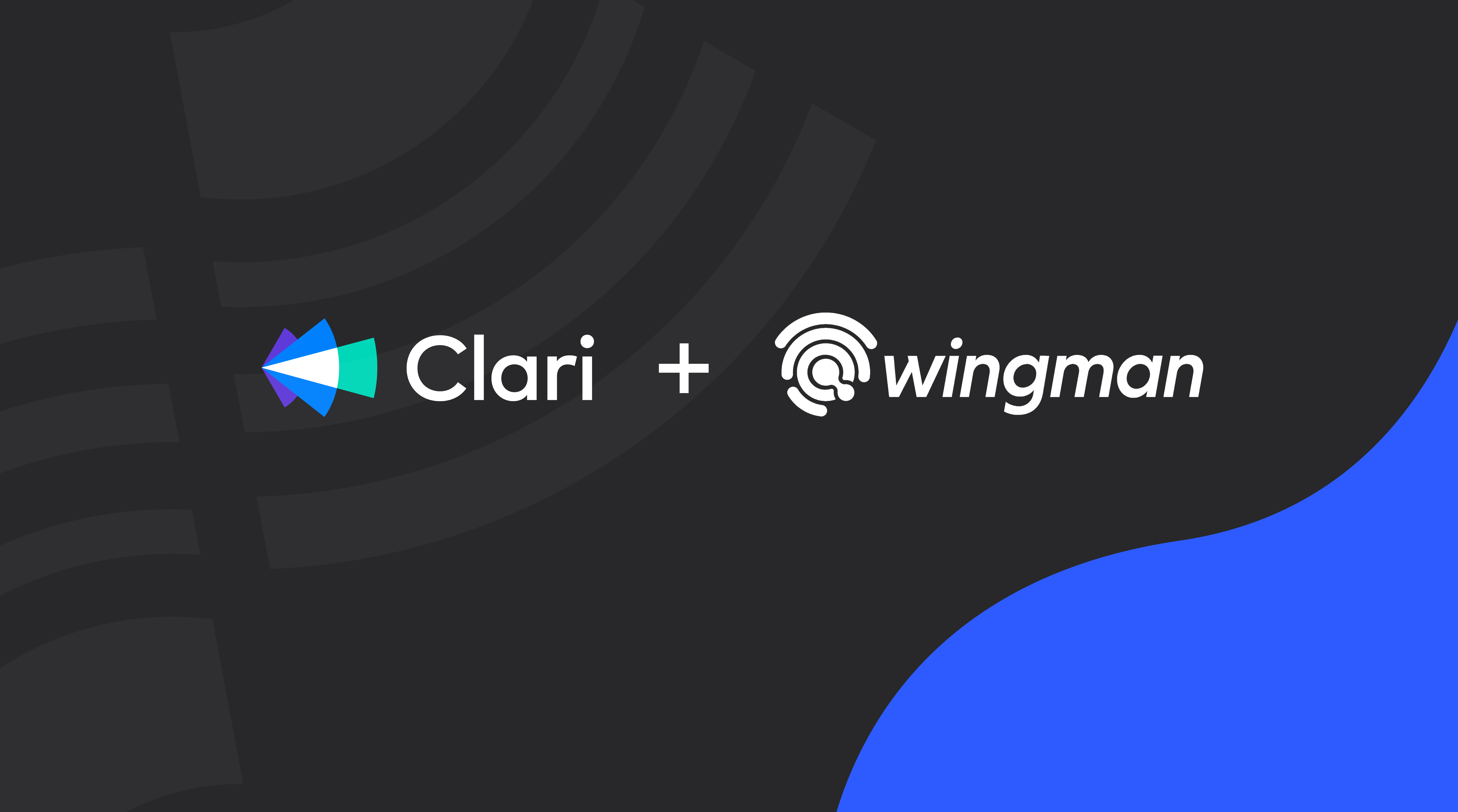 TL;DR: We merged with Clari to make revenue collaboration and governance a reality.